Today’s micro-adventure was to Chateau-Fort Liberia in Villefranche-de-Conflent . . . well above it actually. About 1,000 steps above it.

We arrived early expecting a bit of a climb and set out immediately, once we found the starting point. Just off to the left of the parking lot for the train station is a narrow trail along the fence keeping people from the train tracks. This is starting point for those who are walking up to Fort Liberia. There is a summer shuttle for about €3, well worth it I imagine in the summer heat.

We followed the narrow trail, walked over the bridge crossing the train tracks and up to the gate allowing entrance to the private property of the Chateau-Fort. Approximately 100 meters from the gate is the start of the climb . . . a few dozen cement and stone steps. From the top of the steps the climb gets much steeper and there are less and less “steps” but more and more rocks and at this time of year, mud.

The sign at the bottom of the staircase said a 20 minute climb, it took us 30 minutes. We still arrive 45 minutes before the scheduled opening of 10 a.m. Though in reality the place didn’t open until 10:30 and we had already started back down the hill when the three-person team came up in a jeep to open up the fort. Turning around and reclimbing the last 200 meters, we finally made our way into the fort.

First, we hit the bar to pay for our entry and grab a cup of coffee while reading through the tour literature.

Built by Vauban — Sébastien Le Prestre de Vauban (1633-1707), a military engineer of King Louis XIV — Fort Liberia is 337 years old and played a big part in defense of the French-Spanish border after the Treaty of the Pyrenees in 1659 which gave the northern part of Catalonia to the French. Built above the walled city of Villefranch-de-Conflent a good two-thirds of the way up the Belloc mountains, this sandstone and marble fortress is both functional and beautiful. Used as a fort, prison and private home, it is in remarkable condition and has many of its original features, such as shutters and doors.

Vauban is well known in this area for building some amazing forts and military bases. In addition to Fort Liberia, he has another in this region called Mont Louis that we plan to visit in the near future. He was the leading military architect of his time throughout the world and his designs were emulated for nearly 2000 years. Fort Liberia is listed as a UNESCO World Heritage site along with 11 other Vauban military installations throughout France.

Very little has changed through the years, though in the mid-1800s they adapted guard towers to deal with more “modern” warfare and in the early 19th century an underground tunnel was dug which links the fort with the fortified city below.

The most stunning features were the ramparts, the poisoner’s cell and the church. Though I favored the poisoner’s cell and the story of the six women who were imprisoned there. One lady was chained in a cell for 36 years and another for 44 years. The women were not allowed to talk for fear that they would name women of King Louis the XIV’s court who also took part in purchasing poisons from La Voisin, another of the inmates who was imprisoned for not only supplying the poison but also practising black magic. One of the court ladies who the king feared would be implicated happened to be among his favorites, hench the gag order on the prisoners.

The church dates from the 17th century and though small has a lovely alter and two tiny stained glass windows. After the army’s departure the chapel was turned back over to the church by the last private owner so that weddings and baptisms could once again be held.

We didn’t stay long, the entire tour took less than 90 minutes and though we would have loved to take the underground tunnel to the fortified city below, we didn’t think it was worth doing in the dark! Had the lights been on, we may have decided to travel 1.5 kilometers underground . . . perhaps next time! 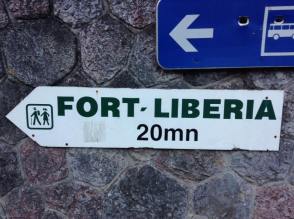 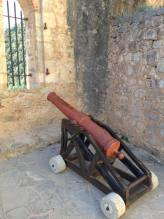 One of the many cannons still on site. 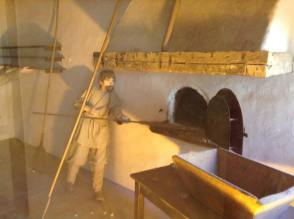 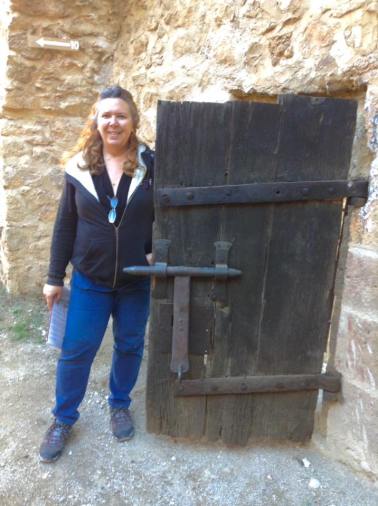 Tracy next to the shutter for the “window” 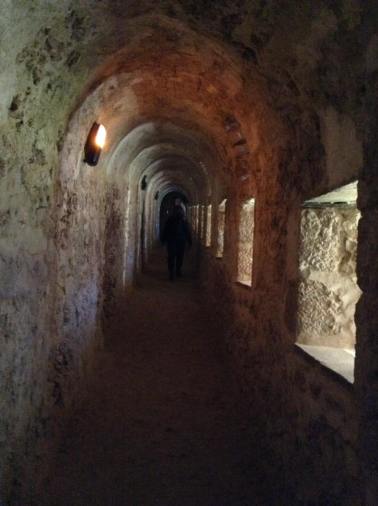 Tunnel-like ramparts of the outer wall around the “fosse” 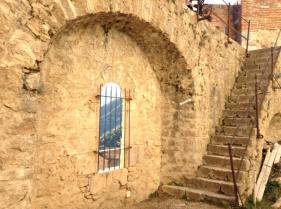 arches used for strength and beauty 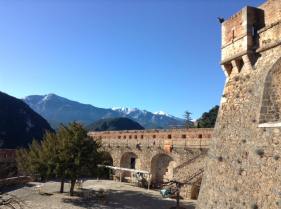 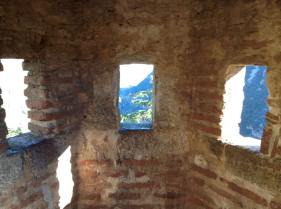 View from the guard tower 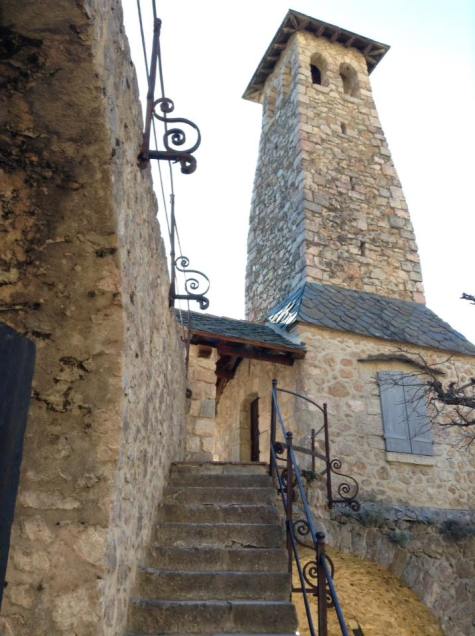 Staircase to the battlements, church to the right 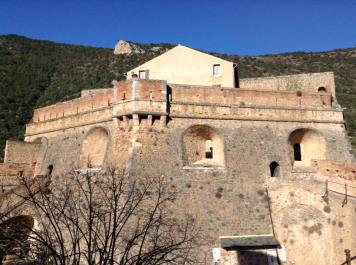 Looking back up at the keep from the lowest level 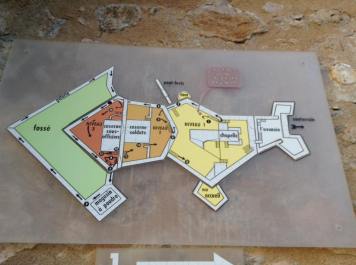 Map of the fort, the green “arrow” faces the top of Mount Belloc 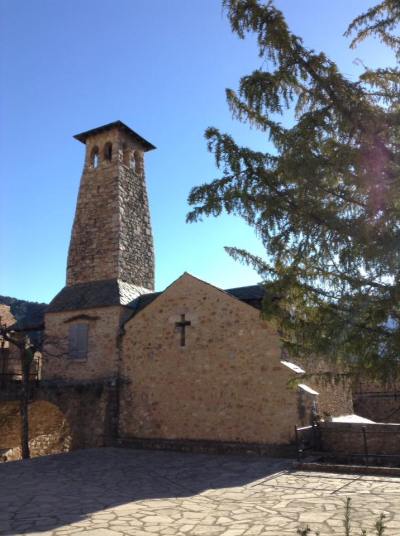 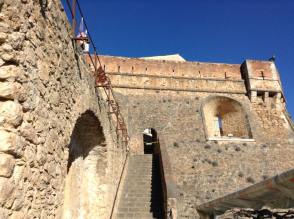 Staircase to the upper level 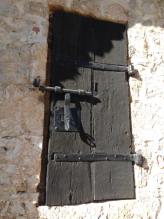 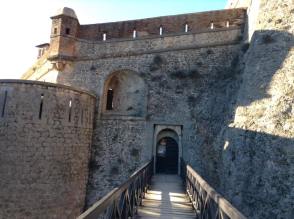 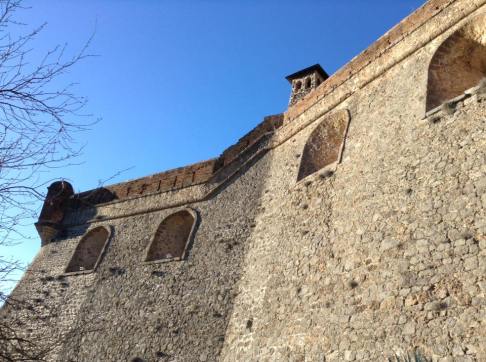 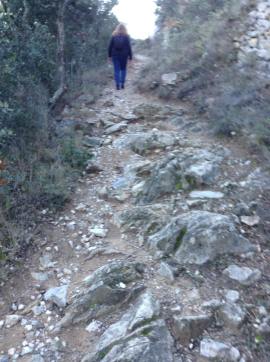 The path to the top 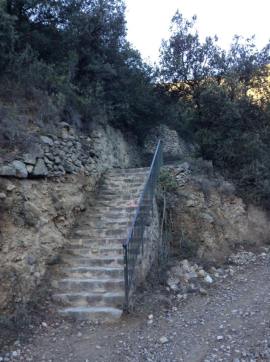 Staircase starting point for the climb to the fort 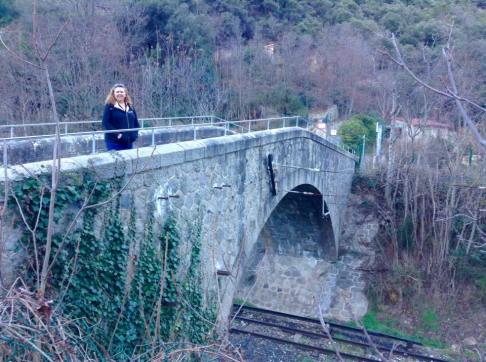 Bridge over the railway 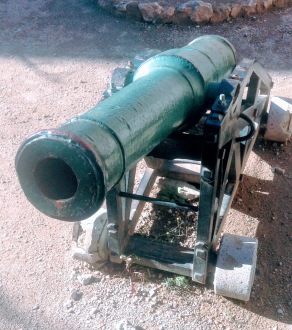 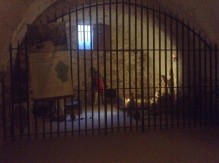 The cell of the poisoners 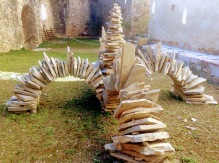 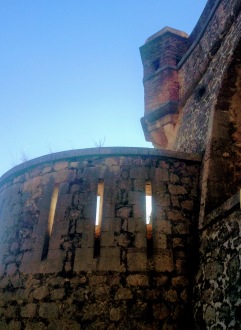 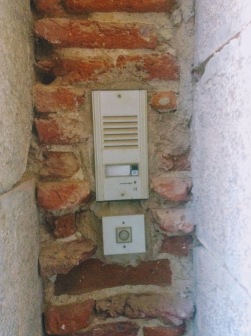 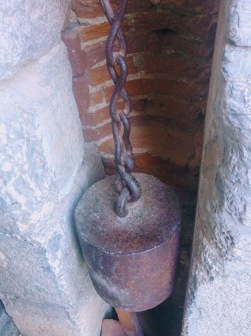 Counterweight for the drawbridge 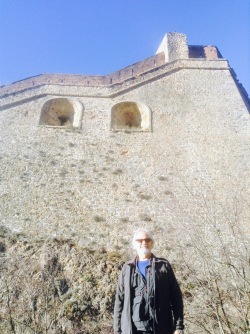 Alan in front of the wall 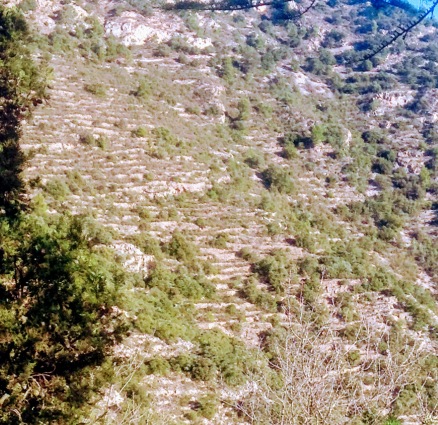 The entire hillside of Mount Belloc is terraced, formerly for crops or grapes we didn’t know for sure. 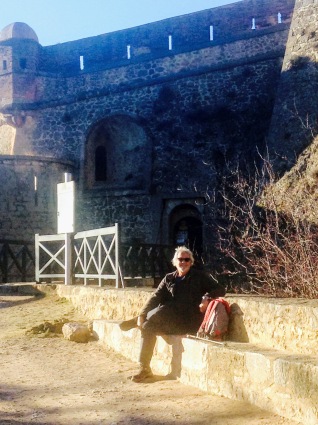